Daytona: how it works 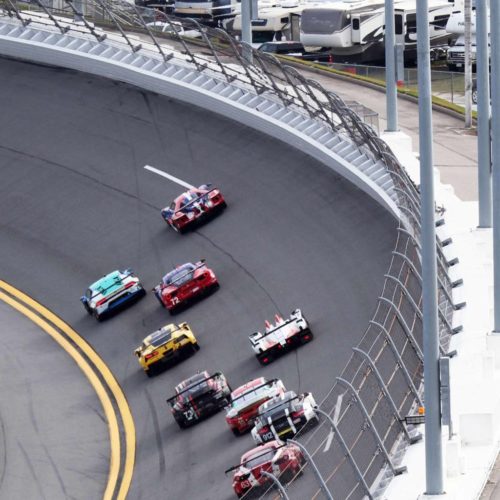 The Rolex 24 At Daytona (commonly known simply as the “Daytona 24 Hours“) is one of the world’s most esteemed and prestigious sportscar endurance races, ranking in right behind the blue-riband 24 Hours of Le Mans in terms of global appeal. The Rolex 24 At Daytona traditionally marks the start of the major international motorsport season, with the race held in late January at the Daytona International Speedway in Daytona Beach, Florida, USA.

There are a minimum of three drivers per car sharing driving duties across the 24 hours. Driver changes take place at carefully planned pitstops, where cars are also refuelled and tyres changed. Driving stints vary in length, but normally a driver is in the car for about 1,5 hours at a time.

The 2019 race is staged on the weekend of January 26-27, with a pre-event test known as the “Roar Before the Rolex 24” being arranged at the track three weeks earlier on January 4-6.

Apart from its standalone prestige, the Daytona 24 Hours is also included in the IMSA WeatherTech SportsCar Championship, marking the opening round of America’s top-tier sportscar series. 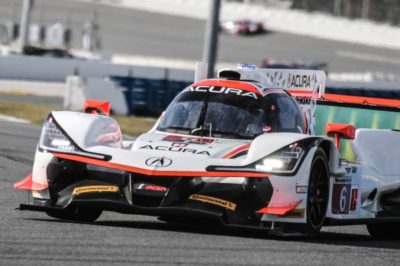 There are four classes in the Rolex 24 At Daytona. These, in order of speed, are the following:

Best described as the European counterpart of the Daytona Prototypes, LMP2-spec cars are well-used in the World Endurance Championship and the Le Mans 24 Hours (the “LM” initials refer to “Le Mans”). LMP2 and DPi prototypes are reminiscent of each other, heavily related and previously formed one aggregate class at Daytona, but have been split for 2019. LMP2s also produce about 600 bhp.

The top GT class for cars drawing their DNA from road-going vehicles. Includes factory-supported efforts from the likes of Porsche, Ferrari, Corvette and Ford. Click here for example picture.

GTD cars are similar to those in GTLM, but without the most advanced technical features and aimed at privateer teams. This is the class in which Linus Lundqvist competes, driving a Lamborghini Huracán GT3 Evo for Precision Performance Motorsports. 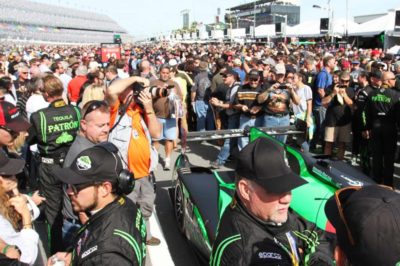 The inaugural Daytona 24 Hours was held in 1966, won by Ken Miles and Lloyd Ruby in a Ford GT40 Mk. II. Ferrari claimed a spectacular 1-2-3 victory one year later, its cars famously crossing the line in formation.

Porsche is the most successful manufacturer in the history of the event, winning a total of 18 times, while Hurley Haywood and Scott Pruett share the drivers’ record with five wins each.

No Swedish driver has ever won the race. Felix Rosenqvist, who sits on Linus Lundqvist’s advisory board panel, is the latest Swede to have contested the event – racing at Daytona in the most recent 2018 edition which also featured star entries such as Fernando Alonso, Lance Stroll and Lando Norris.

The fastest Daytona 24 Hours in history actually was the 2018 race, in which winners Felipe Albuquerque, João Barbosa and Christian Fittipaldi racked up 808 laps (4628 km) aboard their Mustang Sampling-run Cadillac DPi.

Now in its tenth year, the Sunoco Whelen Challenge is an initiative launched by American fuel company Sunoco (via its European distributor, the Anglo American Oil Company) in conjunction with industrial innovator Whelen Engineering.

The Sunoco Whelen Challenge allows all drivers competing with Sunoco fuels in European-based championships to fight it out for a fully-funded drive in the Rolex 24 At Daytona, with Linus Lundqvist coming out on top against 67 fellow rivals in the 2018 standings thanks to winning the British F3 title.

Worth more than $250 000, it is one of the most valuable prizes in all of motorsport.

For further information on the Sunoco Whelen Challenge, visit the official website.