Linus Lundqvist clinched a podium on his guest appearance in the MRF Challenge single-seater series in Chennai, India – but had the potential for a lot more on a problematic weekend.

Despite having zero previous experience of the Madras Motor Racing Track or Dallara-built MRF car, Swede Lundqvist enjoyed the strongest possible start to the meeting by immediately topping both of Friday’s free practice sessions.

As a result, he went into the subsequent qualifying session in high spirits, and duly joined the fight for pole position. A questionable strategy, which saw Lundqvist complete his new-tyre run early on in the session instead of in the closing minutes, contributed to the reigning British F3 champion eventually missing out on pole by a couple of tenths, but third place still marked a solid effort.

Among those to be out-qualified by Lundqvist were title contenders Jamie Chadwick and Max Defourny, who have dominated the MRF Challenge this winter. 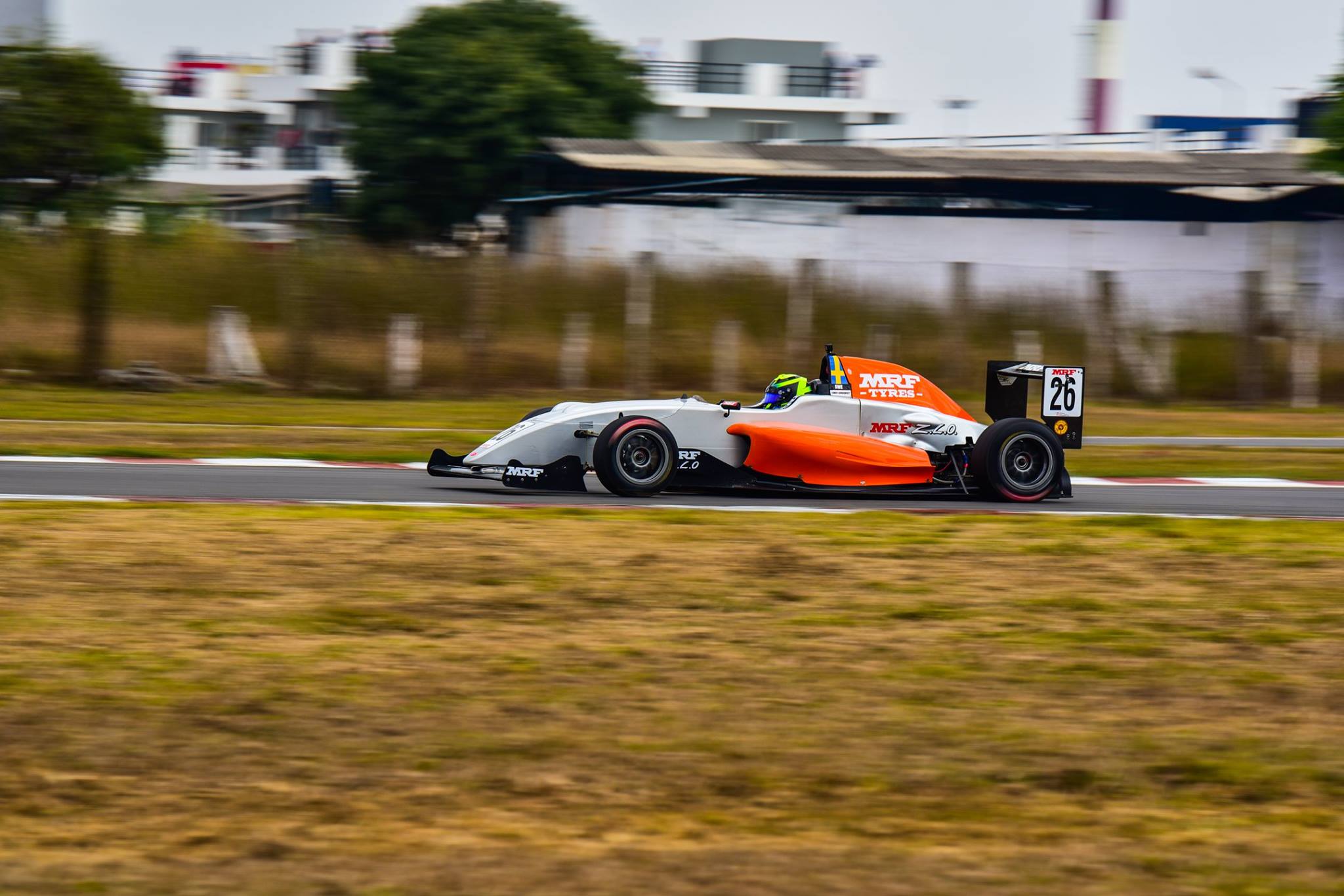 “We had a strong start to the weekend and I felt comfortable in the car from the go,” says Linus Lundqvist. “We made a small tactical error in qualifying, but in general we were competitive throughout. The pace was there from the beginning, which was nice to see.”

Lundqvist’s weekend, however, was somewhat derailed as racing commenced. After stalling at the start of the opening heat, the 19-year-old dropped to 14th and last, undoing all the work done in qualifying. With overtaking notoriously difficult around the narrow Chennai track, Lundqvist eventually had to make do with eighth at the chequered flag. He then came home seventh in Race 2.

His best result of the weekend came in Race 3, where he finished third – crossing the line a mere second behind the winner having shadowed the leading duo throughout the 20-lap encounter.

Lundqvist later seemed on course for further strong results in the concluding two races, but was instead forced to retire from both when running third and second respectively.

“It was a shame how the weekend ended – I would have liked to take home some more trophies,” Lundqvist continues. “I was third in Race 4 when the gearbox failed, and then I had an even better position in the final race, biding my time in second and knowing I was on fresher tyres than Jamie (Chadwick) in the lead. Unfortunately, a hose in the cooling system worked loose, so I had to park it up once again.”

Despite the issues, however, Lundqvist is grateful for his Indian experience.

“The results were no good, but it’s not because of the pace – we were among the fastest on track more or less all the time,” Linus Lundqvist concludes. “The car required quite a particular driving style and it was an exciting challenge to be thrown in like that with effectively zero preparations. I’m happy I did it and it has definitely helped me to get a little bit sharper ahead of the season.”

The Chennai round marked the finale of the 2018-19 MRF Challenge, which saw history being made with Jamie Chadwick – one of Lundqvist’s 2018 British F3 rivals – becoming the first-ever female driver to be crowned series champion.

Linus Lundqvist is hoping to announce his plans for the main 2019 motor racing season in the near future. 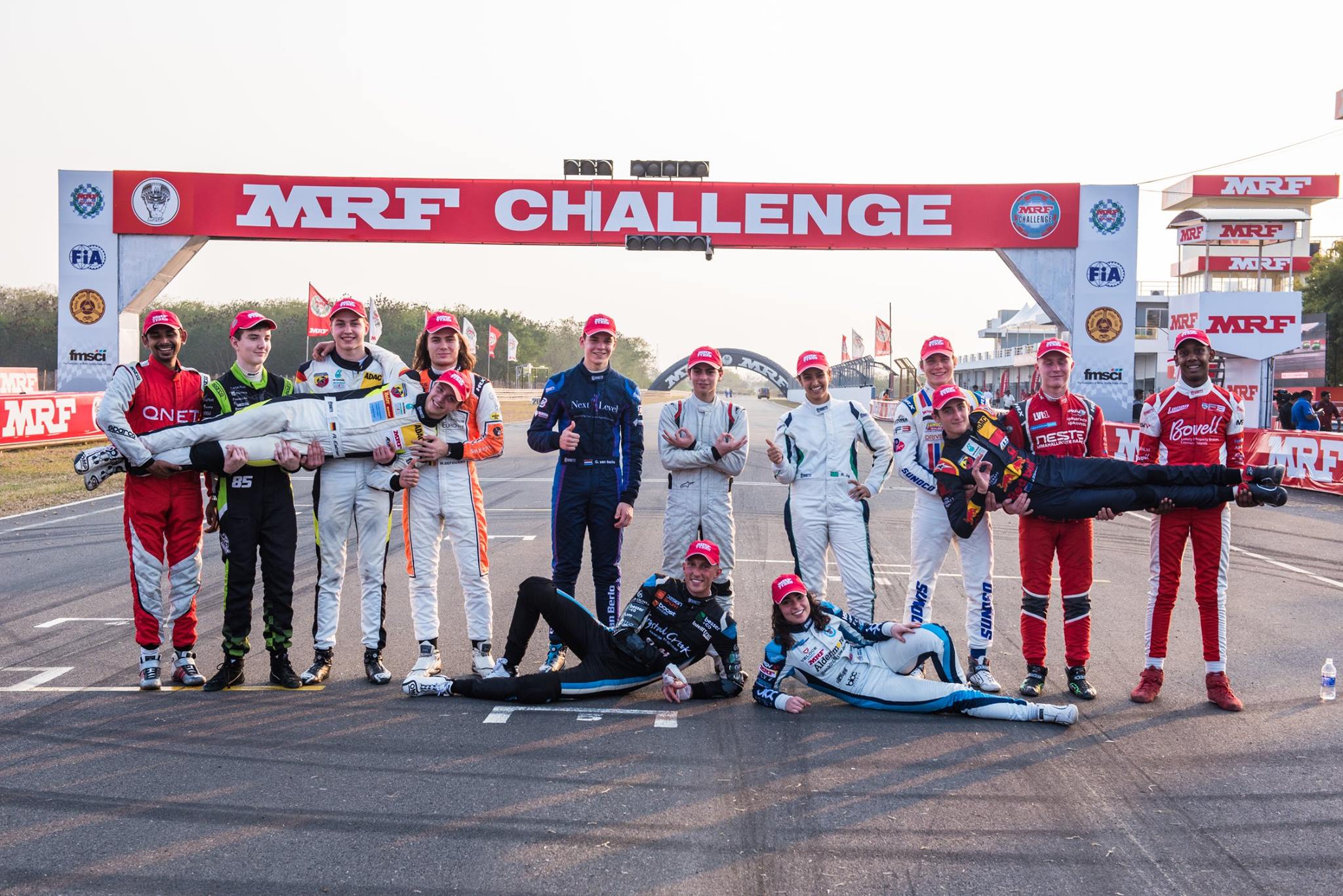