Season’s greetings (…and some Daytona news to go with it)!

At a time of gingerbread and dressed-up trees, it’s easy for thoughts to drift momentarily away from racing – but for Linus Lundqvist, the sound of Christmas carols will soon fade away in exchange for high-revving engines. Just days into the new year, the reigning British F3 champion will be on site in Florida, USA, to begin preparations for the Rolex 24 at Daytona – and it’s now been confirmed what team the Sunoco Whelen Challenge winner will represent.

”Going to Daytona for my first-ever endurance race will be a huge moment for me, and I can’t wait to sample the track during the Roar test sessions,” says Linus. “I’ve never driven the Lamborghini, but I’m sure that Precision Performance Motorsports will make me feel at home and help me to swiftly get up to speed. I’m so much looking forward to this and I’d like to thank PPM as well as Sunoco and the Anglo American Oil Company for this amazing opportunity to contest one of the world’s greatest races.”

You can follow all the action in Daytona at our dedicated event portal at www.linuslundqvistracing.se/en/daytona-24-hours-2019/. The site also contains all general race essentials, including history, rules and regulations and a closer look at the Daytona International Speedway.

1: Winning the first race of the season at Oulton Park. Very special moment due to the tragedy of pre-season where we lost our mechanic JJ. Incredibly emotional.

2: Clinching the championship at Silverstone – for obvious reasons!

3: The double win at Spa. Winning twice at one of the world’s greatest tracks, in front of a lot of friends and family that weekend, will always stand out in memory.

4: Winning the Sunoco Whelen Challenge. That’s my ticket to Daytona in a few weeks – simply can’t wait for that!

5: The Rockingham Triple: taking a podium in each of the three races that weekend gave me the championship lead and proved we were competitive in any conditions – wet, dry, coming through the field and leading from the front. 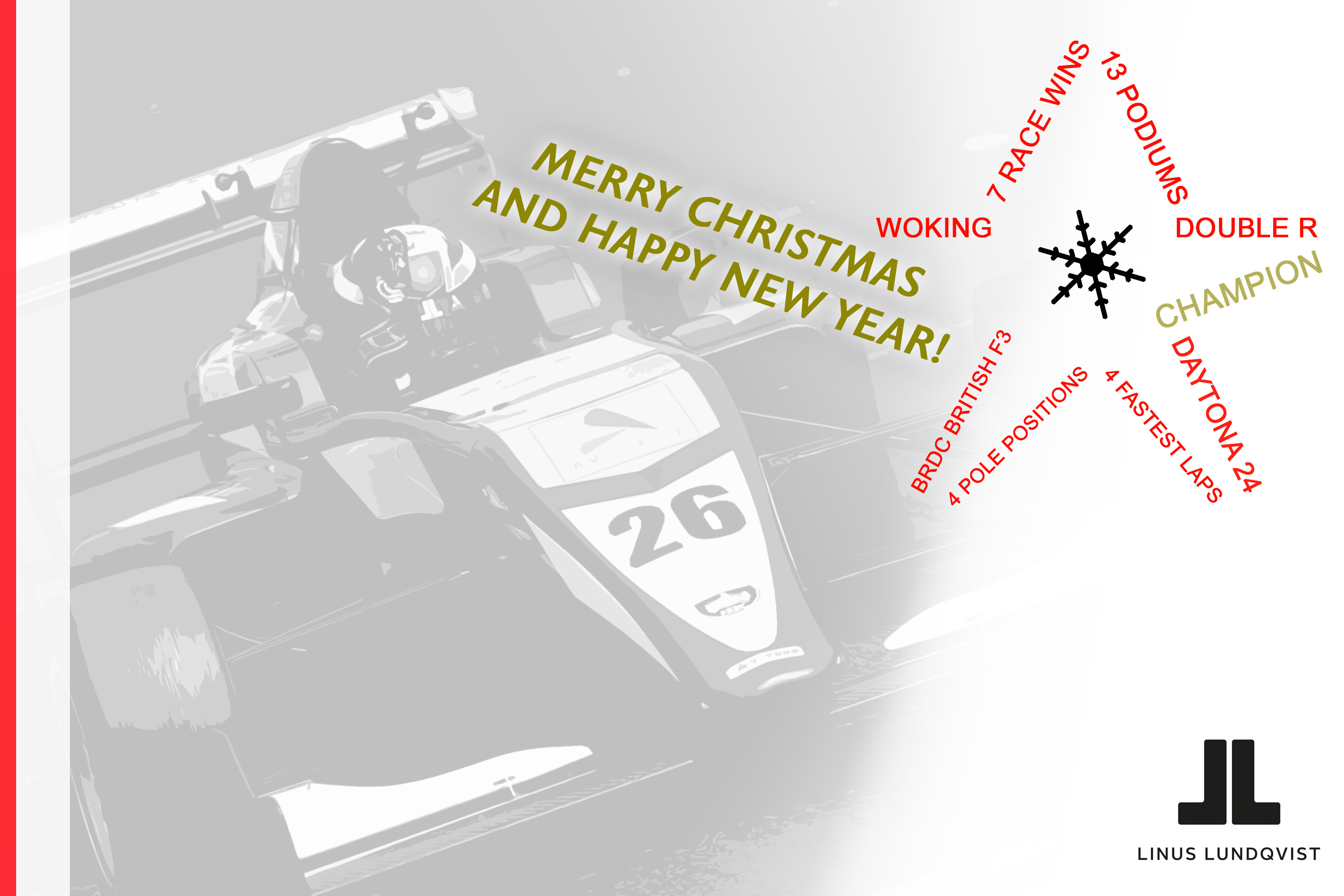