As the winter holiday season approaches, we are taking a trip down memory lane this December to highlight four of Linus’ strongest recollections from the year gone by. In Part 2: headlining a national marketing campaign with sponsor Jula…

As the winter holiday season approaches, we are taking a trip down memory lane this December to highlight four of Linus’ strongest recollections from the year gone by.

In part two, we go off the track to look closer at the commercial side of things. After carrying the logos of personal sponsor Jula on his Indy Lights racer throughout the season, the collaboration kicked up a gear this autumn when Linus headlined a nationwide “Car & Garage” commercial campaign for the Swedish DIY chain, which boasts one of the largest store networks in the country…

What? Commercial campaign with sponsor Jula
Where? Across stores and digital platforms in Sweden, Norway and Poland
When? 15 October – 7 November

The campaign we did with Jula was a commercial milestone for me. It marked the first time I had been part of such a massive and professional, nationwide campaign, which even took in a few other countries. It was slightly surrealistic when my friends started sending selfies from various Jula stores, standing beside a cardboard me! 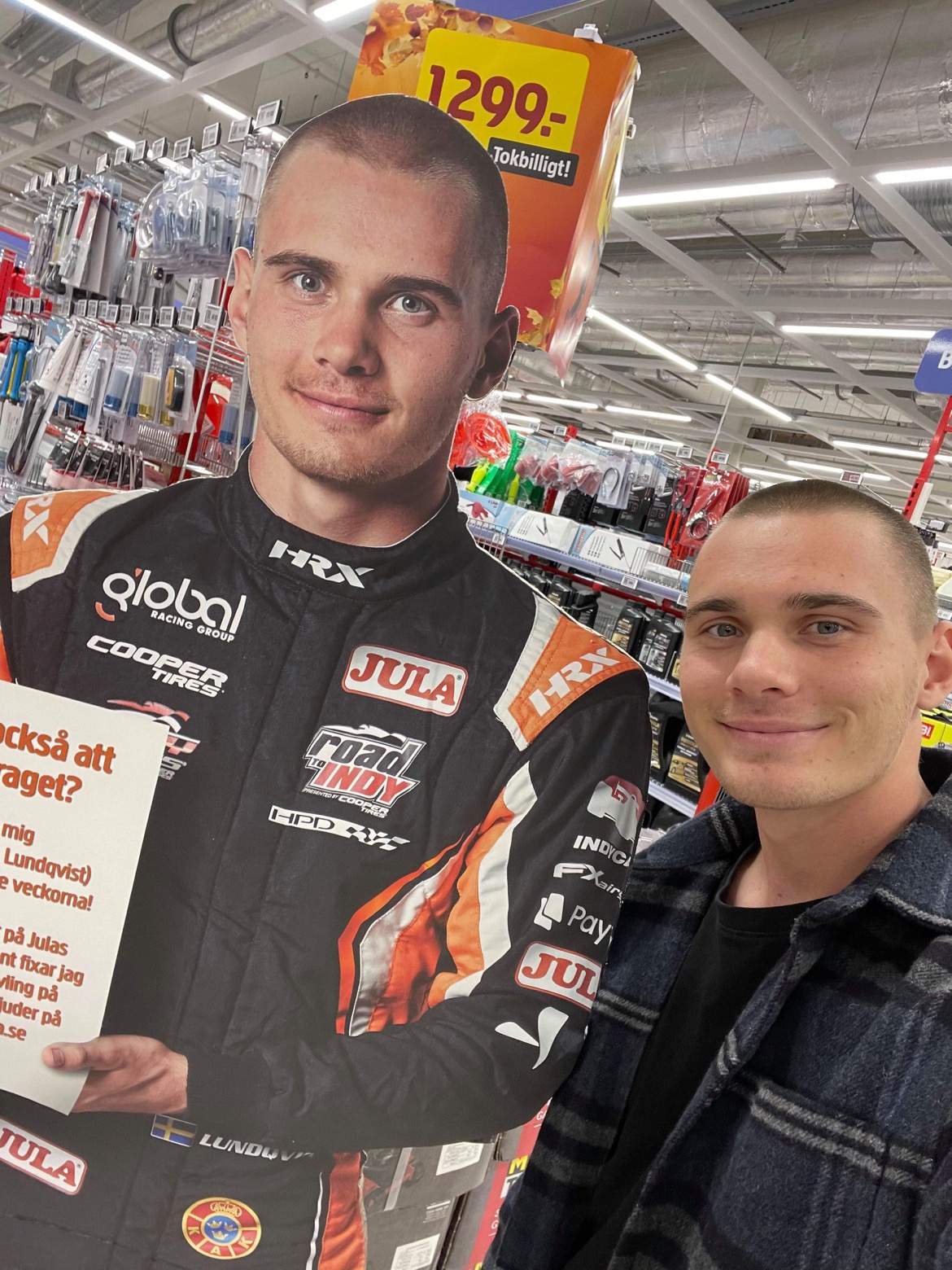 We began planning the campaign in about mid-summer, and we took a first batch of photos when I attended another sponsor event at Kinnekulle Ring, a local track close to the Jula headquarters. The following day, we moved into a studio setting. It was meticulously done, and I have to say I was very pleased with the final outcome!

Enabling a campaign like that took a lot of work, not just from my side but also from the group of people around me. I was away in the U.S. for most of the time, while most of the planning took place over in Sweden. It was a good display of team work between our little group and the Jula marketing department. It was an extremely fun thing to do, and I also think it goes to show how far we’ve come on the commercial side in recent years.