Linus will participate in this week’s official post-season GP3 test in Abu Dhabi as part of continued evaluations ahead of 2019.

Linus is set to join Spanish outfit Campos Racing at the test, which takes place at the impressive Yas Marina Circuit just a few days after the 2018 GP3 season came to a close at the same venue last weekend. Campos won Saturday’s Abu Dhabi feature race courtesy of Leonardo Pulcini, who wound up fourth in the overall drivers’ championship. 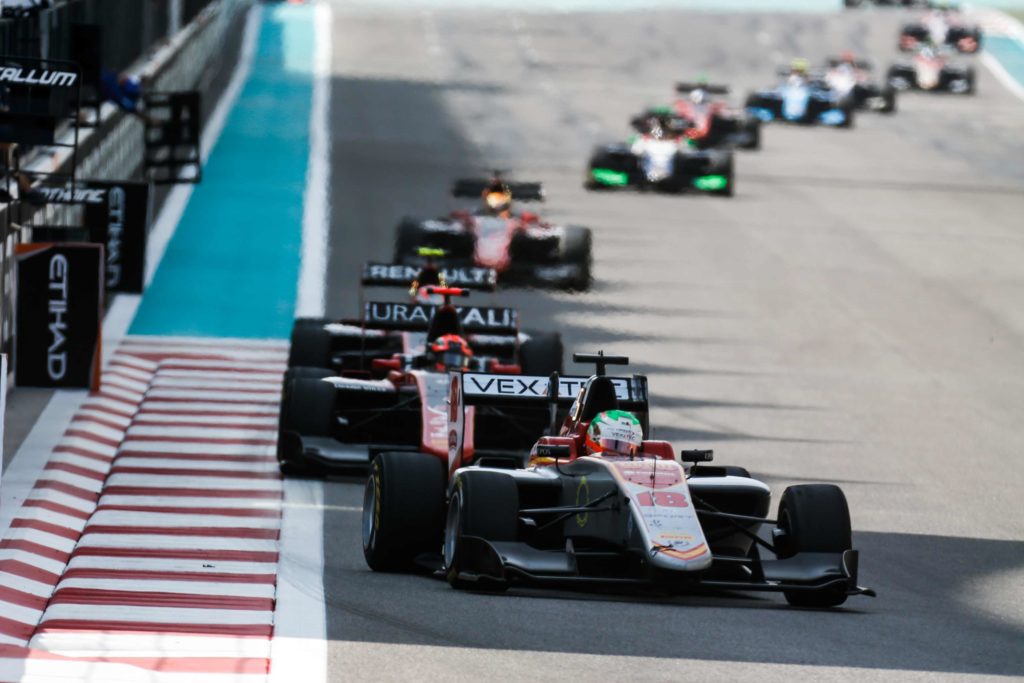 GP3 is one of the support series on the Formula 1 Grand Prix bill, and will morph into the new FIA Formula 3 Championship in 2019.

This week’s test is run across Thursday to Saturday, with Linus set to drive on the opening two days.

“It will be a lot of fun to head down to Abu Dhabi and do this test with Campos Racing,” says Linus. “It’s a good opportunity for me to learn the Yas Marina track, which is frequently used in international racing, and to check out a new environment and build on my general experience. It’s only a test and I’ll approach it as one, so no heroics, but I’m really pleased to get the opportunity.”

After winning this year’s BRDC British Formula 3 Championship, Linus is looking ahead to his next challenge in 2019, with work currently aimed at a step up the single-seater ladder, potentially into the direction of the new GP3-replacing FIA F3 series.

“We’re looking at a number of options for next year and it’s no secret that FIA F3 is one of them. The GP3 car is as close as you can get to how the new F3 cars will be, so it makes sense to be here and try it out. Whatever we end up doing next year, this test should provide a valuable experience of both car, tyres and circuit. It’s a good opportunity to get some relevant running under my belt before the winter break.”

For further information and to keep up with this week’s test, please visit www.gp3series.com.