On his way to winning last year’s BRDC British Formula 3 Championship, Linus Lundqvist’s most emphatic moment of triumph ironically didn’t come in the UK, but in the only round outside of the British Isles. Sweeping his way to a resounding double victory at Spa-Francorchamps, the Swede opened up a championship lead his rivals would never be able to close down.

This weekend, Lundqvist is back at the Belgian Grand Prix track looking for similar form in round four of the 2019 Euroformula Open campaign.

“Spa was a fantastic event for us last year,” says Linus Lundqvist. “It was a key weekend in terms of the championship and we were just so quick throughout every session. A memory like that never hurts and, although it won’t guarantee success again this weekend, it definitely puts us in a positive frame of mind.”

Lundqvist enters the Spa round sitting sixth in the Euroformula Open standings, still looking for his first win of the season. At the previous meeting at Hockenheim a fortnight ago, the Double R Racing man set the pace for much of practice but struggled to match the speed of the quartet of Motopark cars in the races.

Lundqvist, however, carries fresh hopes of a turnaround in performance in the Ardennes forests.

“We’ve been quick at different points of the weekend in the previous three rounds, but never got it together at one and the same time,” Lundqvist considers. “We set the fastest lap of the race at Paul Ricard but struggled in qualifying, Pau was my first street track so that’s harder to judge, and then at Hockenheim things were looking good in practice but not in the races. I do feel there’s much more potential to extract and I also think Spa could be a track that suits us really well. We’ll give it our all and take it from there.”

At 7.004 km, Spa-Francorchamps is the longest track on the Euroformula Open calendar. As a result, drivers will turn fewer laps than normal in the two qualifying sessions (which retain their 25-minute duration), putting a premium on faultless delivery.

Running at Spa begins with a brace of practice sessions on Friday, followed by the regular qualifying and race doubles on Saturday and Sunday. 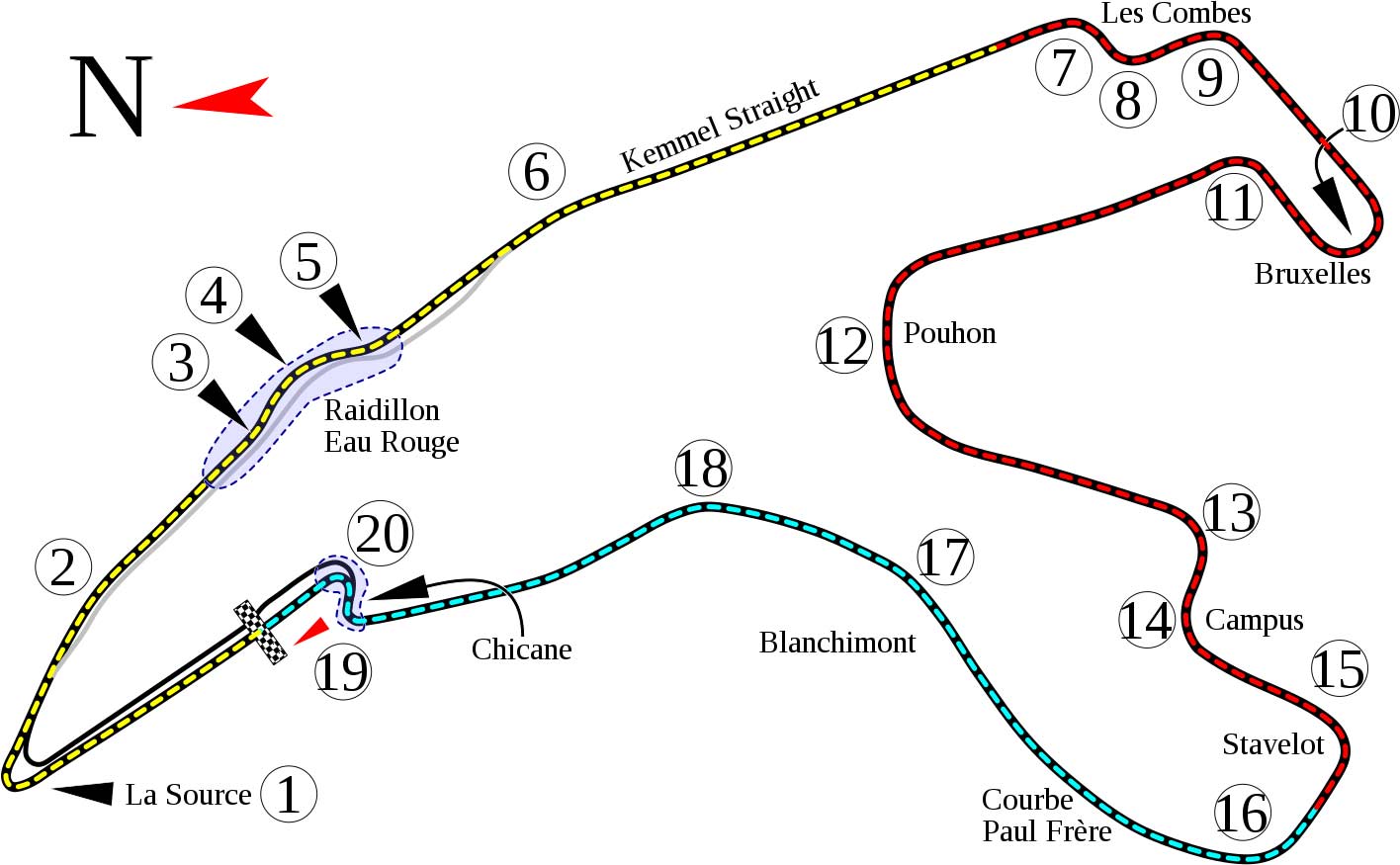