With half the season completed, Linus Lundqvist not only leads the way in the BRDC British Formula 3 Championship; the Swede also heads the Sunoco Whelen Challenge, in which a top-flight seat in next year’s Daytona 24 Hours is at stake.

Now into its tenth year, the Sunoco Whelen Challenge is an initiative launched by American fuel company Sunoco (via its European distributor, the Anglo American Oil Company) in conjunction with industrial innovator Whelen Engineering.

The Sunoco Whelen Challenge allows all drivers competing with Sunoco fuels in European-based championships to fight it out for a fully-funded drive in the next Rolex 24 At Daytona (Daytona 24 Hours) in Daytona Beach, Florida, USA.

One of the biggest sportscar races in the world, the Rolex 24 At Daytona takes place in January of each year.

In order to equitably determine who gets the Daytona drive, a bespoke points system has been put in place, ranking drivers based on their number of pole positions, fastest race laps, and finishing positions. An individual season average score is then produced to balance out the differing number of races among the qualifying championships.

The BRDC British Formula 3 Championship is one of the series racing on Sunoco fuels, thus making its drivers eligible for the Sunoco Whelen Challenge. With half the season now in the bag, Linus Lundqvist has grabbed the overall Sunoco Whelen Challenge advantage, topping a chart that features a full 68 drivers.

19-year-old Lundqvist currently heads 34-year-old Briton Phil Keen, who leads the British GT championship at the time of writing, in the SWC standings.

Among previous winners of the Sunoco Whelen Challenge, and the coveted Daytona 24 Hours seat, is ex-Formula 1 driver Felipe Nasr, who won the prize, incidentally, after taking the British F3 title in 2011. 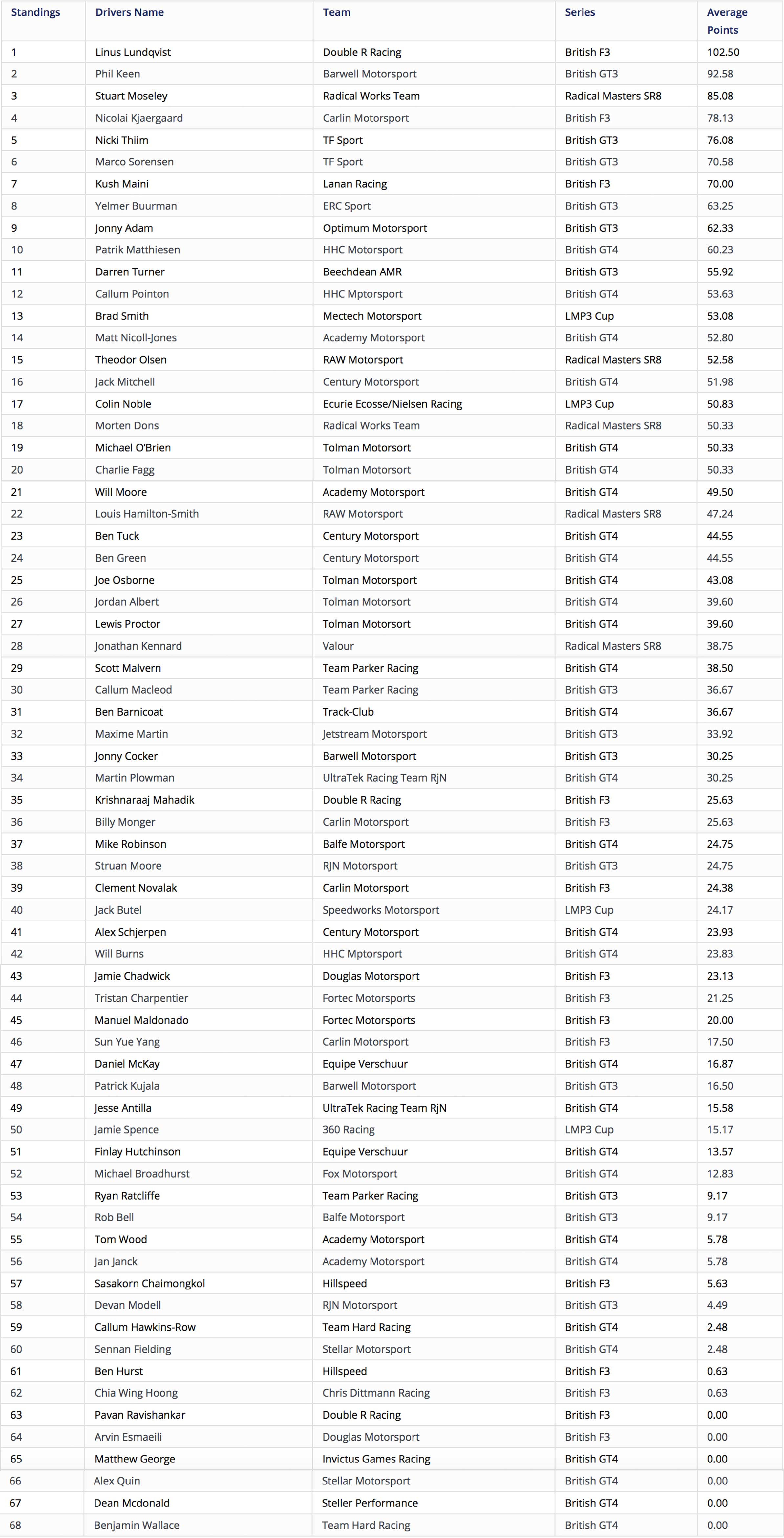